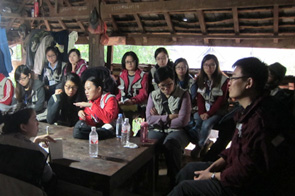 These rural communities are often characterised by being ethnic-minority based, living in extreme poverty (less than US$1.25/person/day), and lacking technical “know-how” or resources for disaster preparedness. These at-risk populations are often left to fend for their own survival post-disaster. Since 2009, through the “Disaster preparedness in remote, extreme poverty, disaster-prone non-Han ethnic minority villages in China: The Ten Village Project”, the health education team from the CUHK JC School of Public Health and Primary Care has been delivering health education in remote rural community sites in China. Since the establishment of CCOUC in 2011, this project has been re-named Ethnic Minority Health Project. Project Details