Water treatment:
The villagers generally believe their well water is much safer and cleaner then tap water, so they keep the practice of drinking unboiled well water directly. Nevertheless, with the modernisation process and villagers’ habit of burning wastes near the water sources, it may result in some adverse effect to the water quality.

Waste management:
According to the survey, as high as 82.3% of the villagers burn waste regularly. Most villagers who burn their plastic domestic waste do not realise how harmful this practice is to their health and to the environment. Burning waste at home can increase the risk of heart disease, aggravate respiratory ailments such as asthma and emphysema, and cause rashes, nausea, headaches, as well as damages to the kidney, liver, and nervous, reproductive and development systems.

The houses in the villages are predominantly built of wood and are very densely packed. As villagers cook and have their fire heaters inside their homes, along with the dry temperature, it is easy for the house to catch on fire. The semi-attached houses make it even easier for the fire to spread from one house to another. Hence household fires are one of the predominant disasters experienced by the villages.

Profile of the Ethnic Minority in the Village

The annual income in Gaoyou Village is RMB1,300 per person. Like many other villages in China, most villagers at working age went as migrant workers to coastal provinces, such as Guangdong and Fujian, whereas children and the elderly were left behind in the village.

The Dong minority group are mostly scattered in Guizhou, Guangxi and Hubei Provinces. According to the fifth national census in 2000, the total population of the Dong minority in China reached 2,960,293. Members of the Dong minority mostly speak the Dong dialect, but Mandarin Chinese is becoming more prevalent among the population as it is taught to the younger generation and villagers move to Mandarin-speaking urban cities as migrant workers. Members of the Dong minority have their unique traditional clothes though more and more people are wearing casual jeans and T-shirts for convenience. They mostly still live in the traditional wooden houses. The house structure is mainly consisted of two parts. The upper part is for living and the lower part is for keeping livestock and storing food. 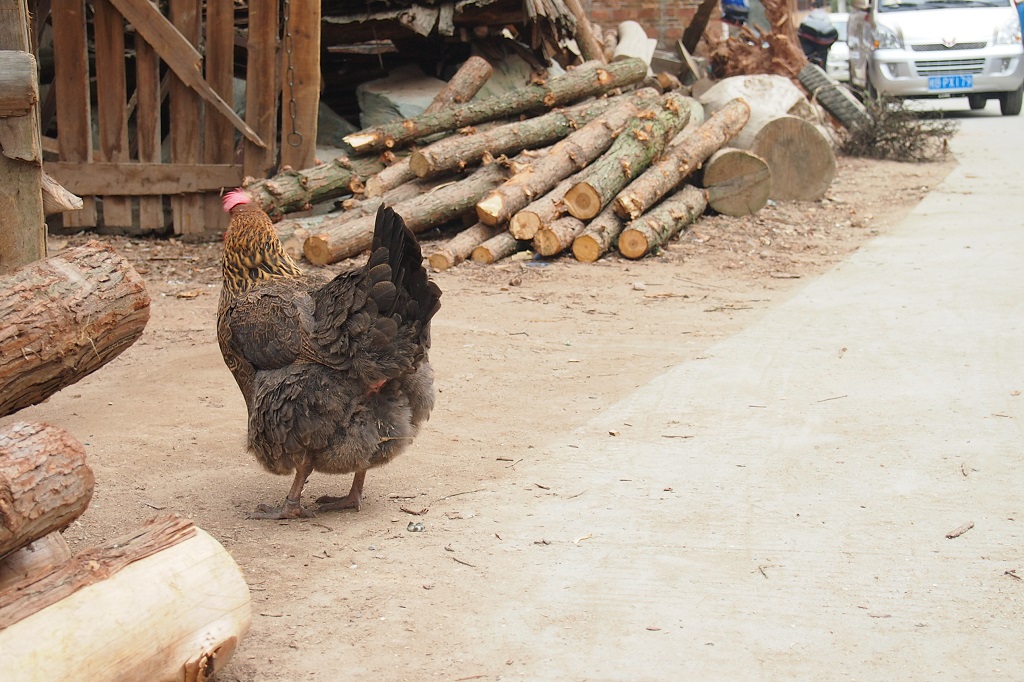 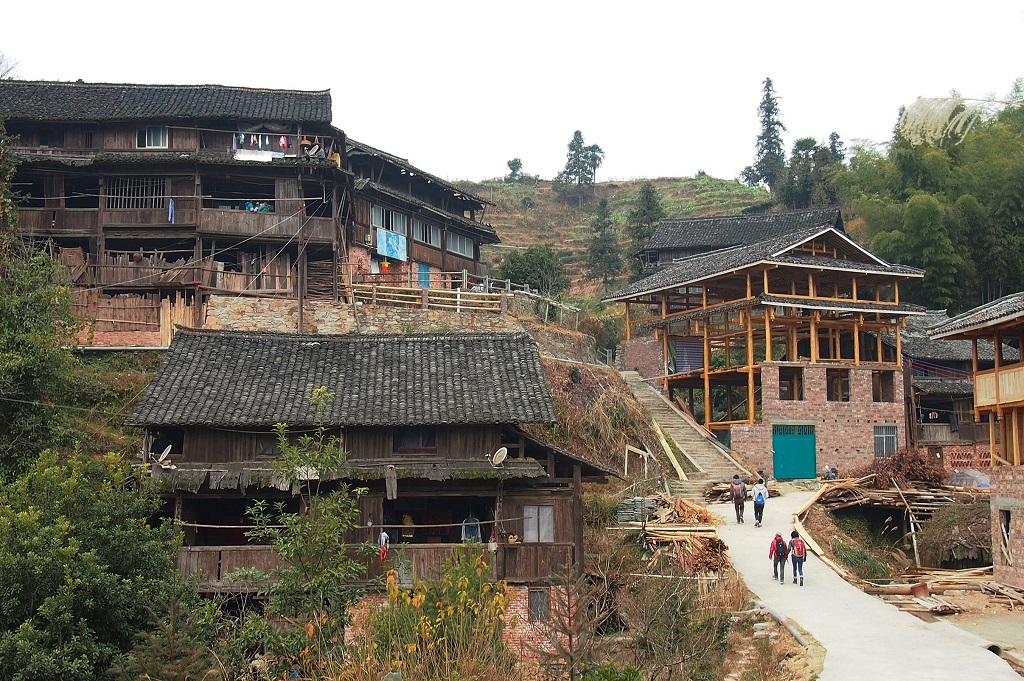 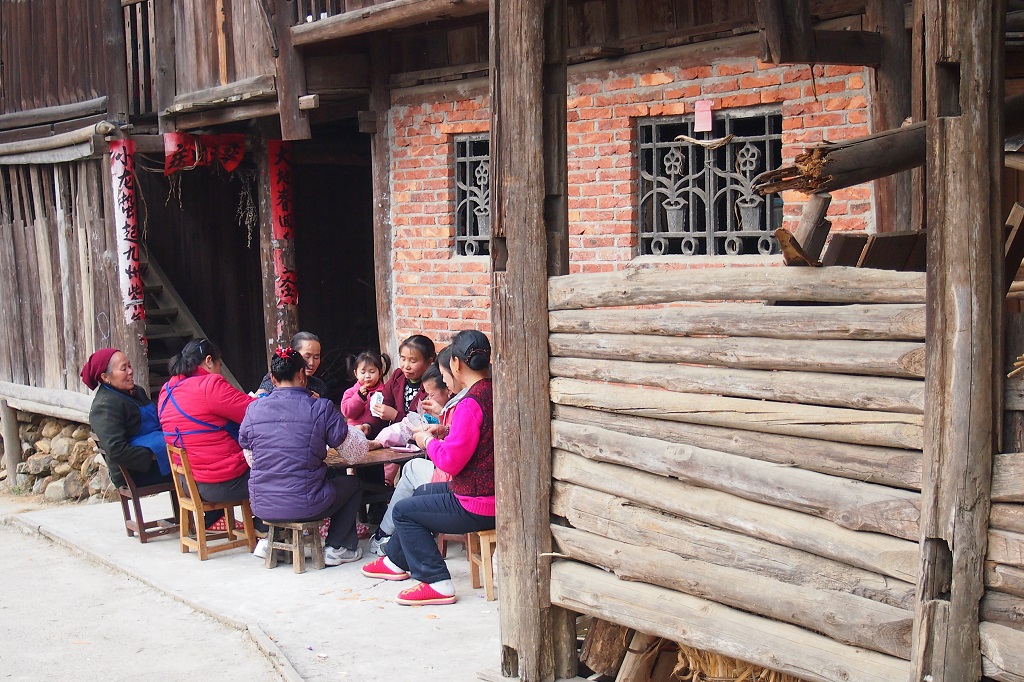 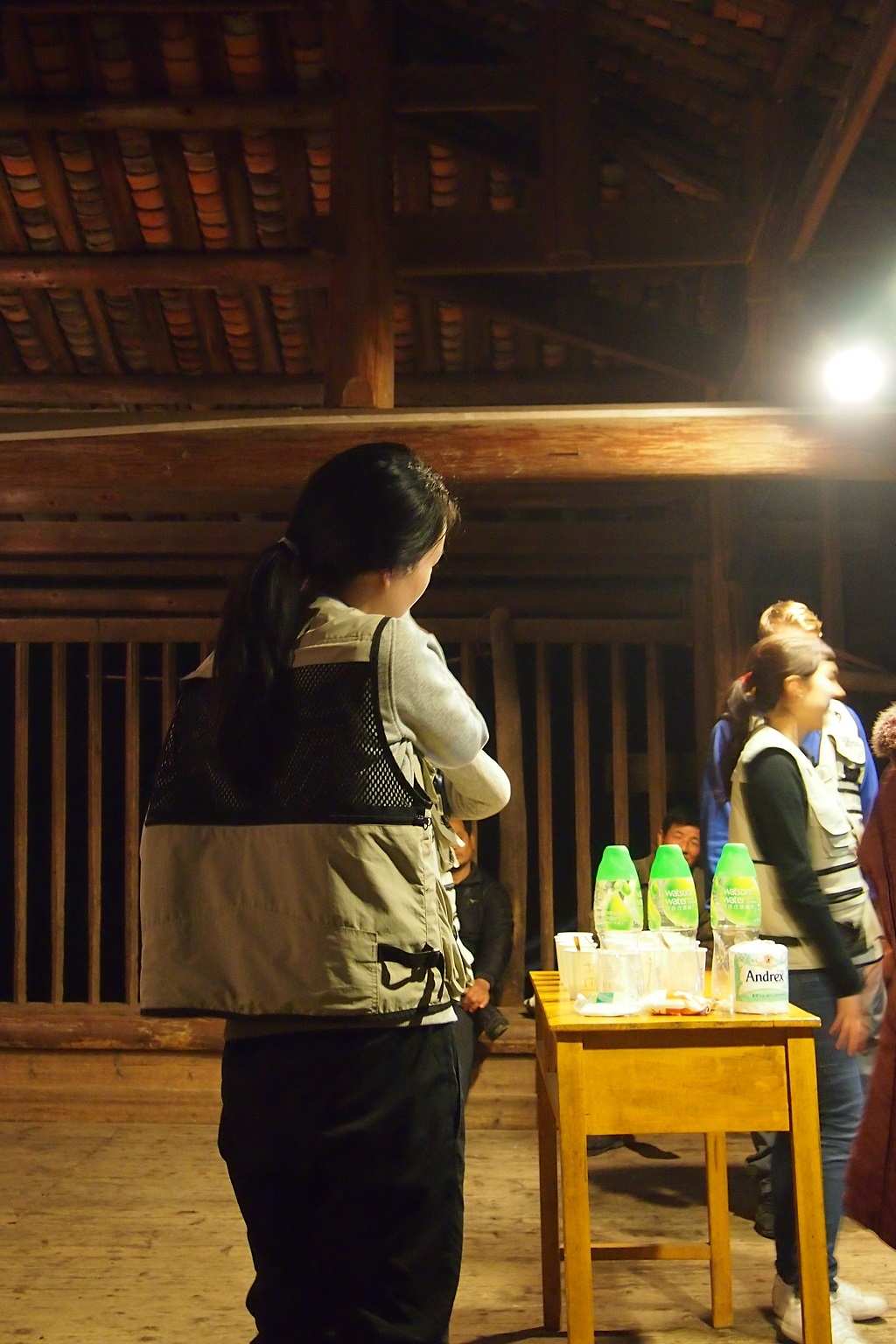 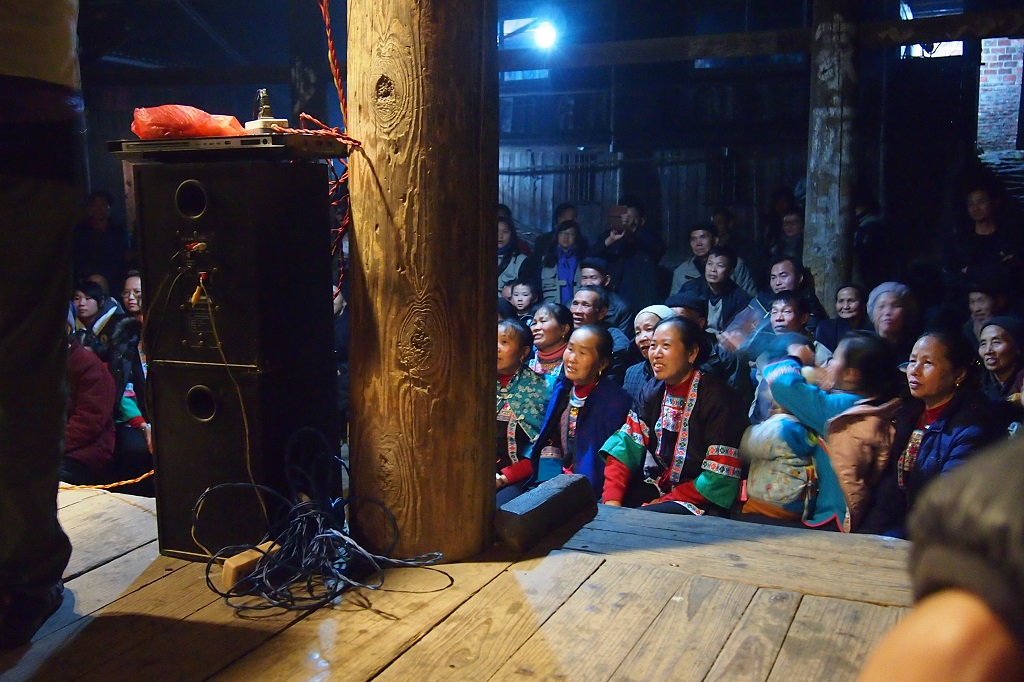 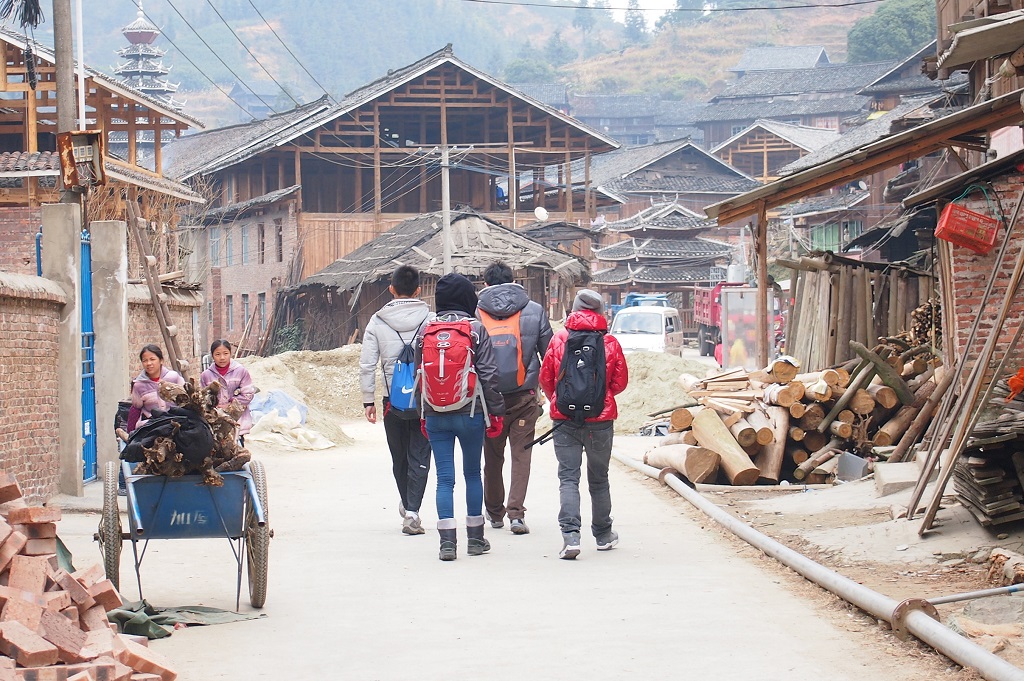 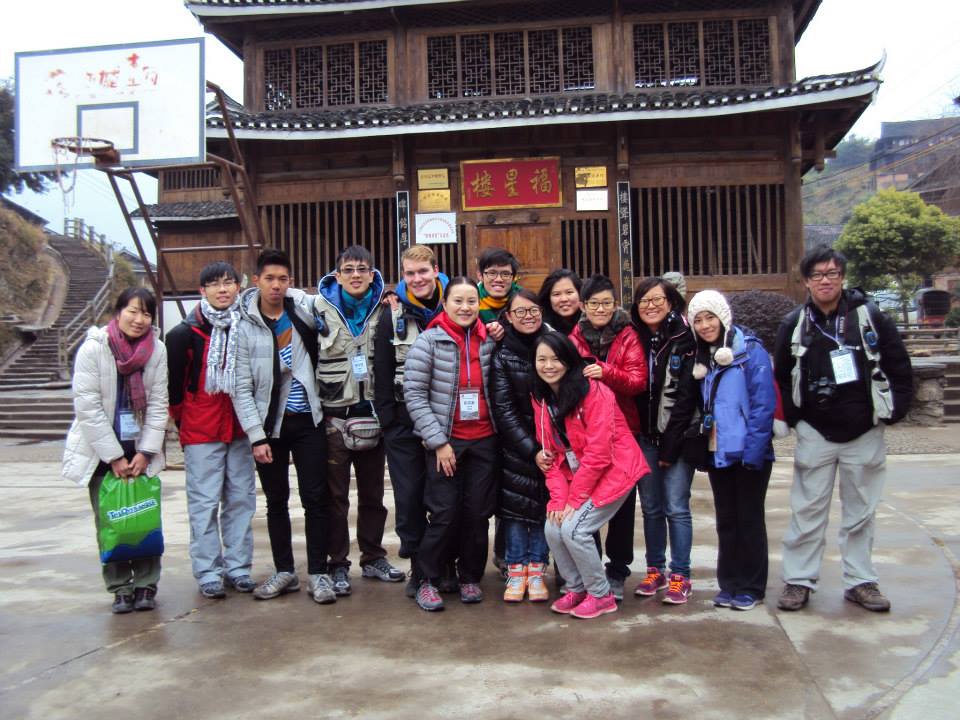 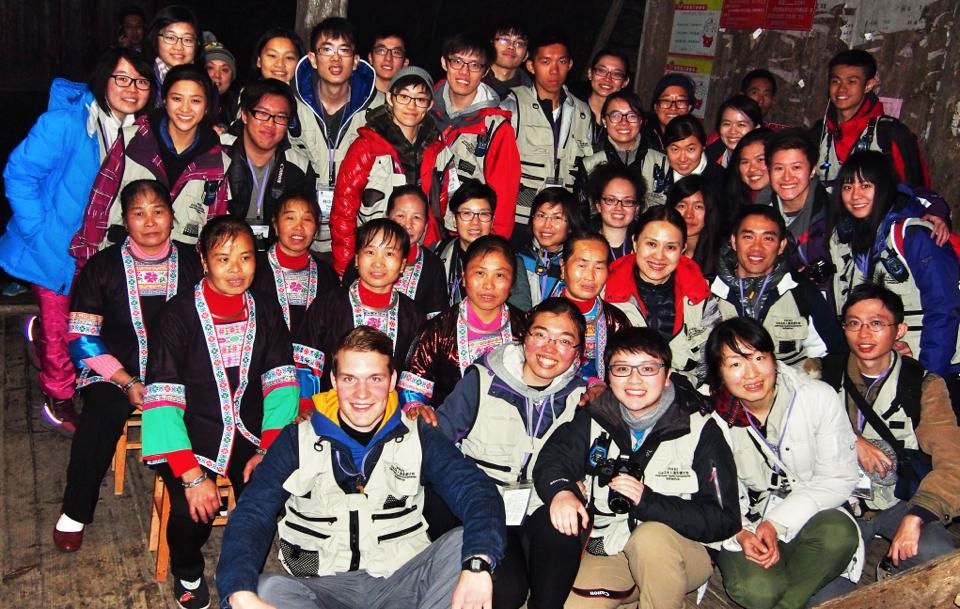 A total of 113 households were visited (Gaoyou 52.2%, Nongtuan 47.8%), housing 622 local residents. 98.2% of the respondents were of the Dong ethnic minority group. The data were collected by face-to-face household interviews conducted by five public health professionals and six undergraduate students from the disciplines of science, public health and sociology. Indoor air pollution, water boiling, waste management issues were identified as the main public health concerns.

In total, 24 staff members and students from CUHK joined the trip, which benefited 85 participants.

In total, 34 staff members and students from CUHK joined the trip, which benefited 142 villagers. 80 evaluation forms were collected to evaluate the 3-year program.