Nepal was devastated by the 7.8 magnitude earthquake on 25 April 2015 and stricken by another magnitude-7.3 earthquake about two weeks later. In the following year, while the victims were overcoming the trauma, they had to face the shortage in fuel supplies, which further slowed down the progress of rehabilitation. CCOUC led a team of medicine and public health students from The Chinese University of Hong Kong (CUHK) Faculty of Medicine to re-visit the remote villages in Finam District in Gorkha of this this ravaged country one year after the earthquake. These villages locate near the epicenter of the first earthquake in Gorkha, a mountainous area located to the north-west of Kathmandu. The team could only reach there on foot since many communities locate at high mountains.

One year ago, the mountainous villages in Finam were ruined. There left only lots of canvas tents built hastily and zinc metal sheets pressed on top by rocks as makeshift rooftops for the damaged houses. A year has passed, the canvas tents have been tattered by exposure to wind and rain. Many of the former dwellings have been degenerated into shanties made of mud, bamboo and zinc sheets. Most of the roofs were no more than zinc sheets pressed by rocks.

Revisiting the villages, the team initially expected to see some residents had already moved into rebuilt housing and been sheltered. However, what could be seen remained tattered canvas and piles of rubble. Residents curling up with cold came out from the mud sheds, hoping to see if there came assistance from humanitarian organisations.

“The government has not kept her promise at all. With no choice, we can only adapt our own lives to this hardship.” A resident Anil Jung Thapa said disappointedly, sitting at the remnant of a school on the hilltop.

Min Kumaki Thapa, a 54-year-old lady, was worrying about the future, including her financial situations, housing and the daily needs. “No place to live” was the source of their constant psychological stress. “What I need is a home, not this temporary housing,” Min said helplessly. Her family has been living with their relatives in temporary housings for quite a period of time. Their only humble hope was to have their home rebuilt.

By the end of April, the temperature up on the mountain was above30 degree Celsius. The zinc sheet roofs were shining under the sun, while residents inside were bearing the unbearable heat. The poor ventilation of some zinc-made temporary shanties added to the health risks. Moreover, while the monsoon was coming, the roofs were so frail that once a whole sheet of zinc sheet was blown away and barely missed the villagers. Even residents of mud sheds were worried that their dwellings were not strong enough to withstand heavy rainfall in the coming rainy season.

Damage of the environment by the earthquake made the living conditions of the residents even worse. The green terraced fields surrounding the disaster-ravaged villages had been reduced to yellow sand posing imminent risk of landslide. Earthquake had also caused heavy damages to the water sources. Before the disaster, there was sufficient clean water on the mountain for drinking, irrigation and raising livestock. However, most of the water sources (including some hot springs and water wells) were destroyed during the earthquake last year and sand was present in the water from water taps. Coupled with the decline of rainfall, even the livestock turned bony.

Please refer to the following links for relevant media reports: 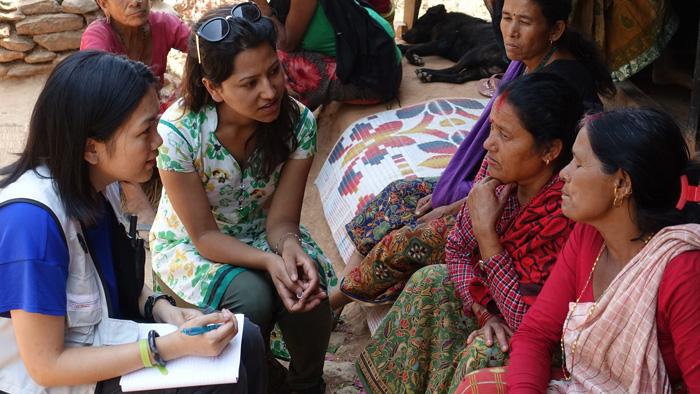 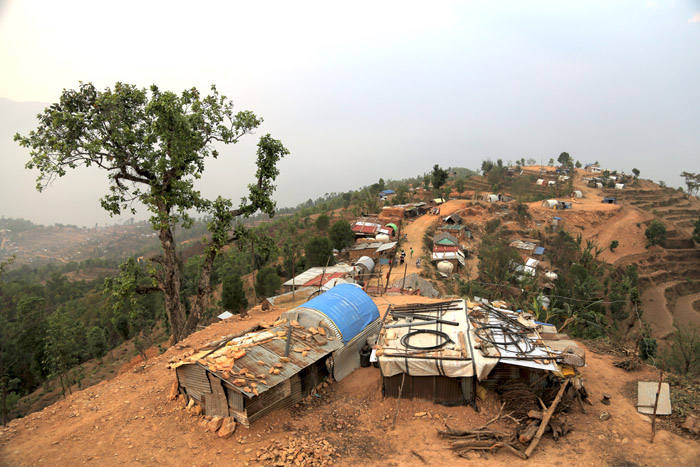