Research Results of "Climate Change and Health in Hong Kong: Response to Natural Disasters and Epidemics"

When facing climate change which leads to more severe typhoons and mosquito-borne illnesses, The Chinese University of Hong Kong’s Collaborating Centre for Oxford University and CUHK for Disaster and Medical Humanitarian Response (CCOUC) conducted a series of territory-wide large scale telephone surveys in 2018. They included:

The study series had the following findings: 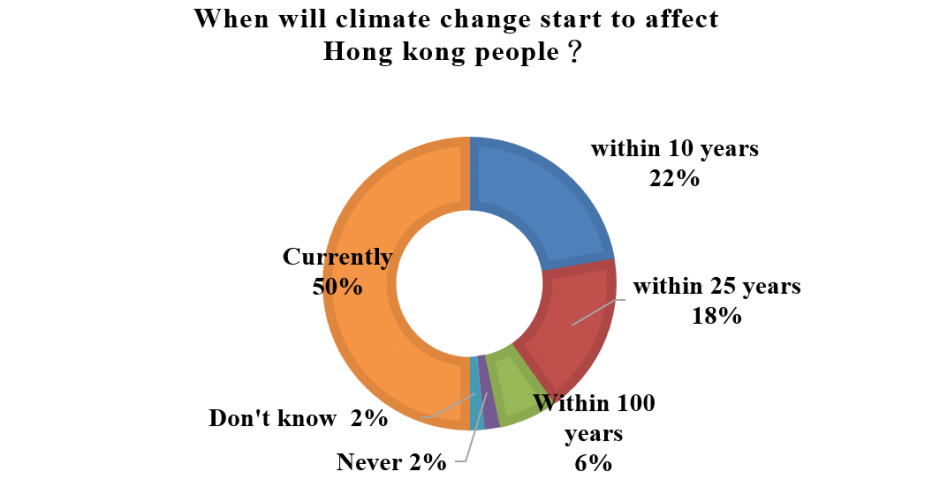 How worried are you regarding climate change’s effect on yourself or the future generations?

Understand of disaster and prevention

The Intergovernmental Panel on Climate Change (IPCC) published the Special Report on Global Warming of 1.5°C on October 8, 2018, urgently appealing to policymakers to rapidly promote major changes at all levels of society to limit global temperature rise to 1.5°C, because warming of 1.5°C or higher may result in a permanent and irreversible environmental change. Human activities have caused global temperatures to rise by 1°C from pre-industrial levels, and the consequences have been shown through more extreme weather events and the associated disasters and epidemics. Even if the emission reduction targets promised by the countries signing the current Paris Agreement are followed, the global temperature is likely to rise by 3°C by the end of the century. Our surveys show that in the face of this grim situation, there is room for improvement in the awareness and practice related to climate change, disasters and epidemics. For the sake of our future generations, we have a responsibility to promote and implement health and environmental co-benefits behaviours now. Via this series of surveys, we hope that the various government departments can have more data to improve policies and measures related to climate change, disaster preparedness and epidemic prevention.

In face of the more severe threat of climate change, the public must abandon the old idea of Hong Kong as a blessed land, and actively prepare for disasters, including preparing fire-fighting equipment, first-aid kits, medications and emergency supplies at home, learning disaster preparedness and relief knowledge and taking first-aid courses, and preparing for disaster bags, etc. To cope with mosquito hazards and the related epidemics worsened by climate change, the public cannot take these issues lightly. In addition to relying on the government's measures on preventing mosquito bites and mosquito breeding, they should also strengthen their awareness of mosquito hazards and step up relevant preventive measures. 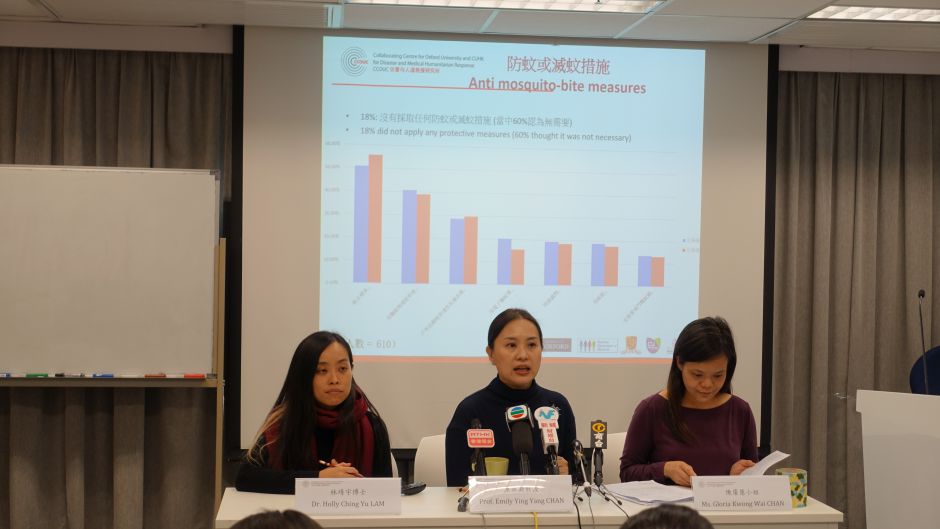