International Conference on the Implementation of the Health Aspects of Sendai Framework for Disaster Risk Reduction 2015 – 2030 in Bangkok, Thailand

Four CCOUC members participated in the International Conference on the Implementation of the Health Aspects of Sendai Framework for Disaster Risk Reduction 2015 – 2030, jointly convened by the United Nations Office for Disaster Risk Reduction (UNISDR), the Royal Thai Government and the World Health Organization (WHO) in Bangkok, Thailand from 10 to 11 March 2016. The conference was the first to focus on the health aspects of the Sendai Framework and brought together over 230 delegates from governments, UN agencies, academia and NGOs to discuss how to promote the systematic integration of health into disaster risk reduction (DDR) national policies and strategies within the context of Sendai Framework.

On the first day of the conference, CCOUC organised a side event entitled “Health disaster risk reduction in Asia: good practices, opportunities and challenges”, which highlighted the added values of research, civil society and collaborations to enhance DRR and resilience-building initiatives. Focusing on regional case studies of experiences and good practices, the side event featured examples from places such as Iran, China, Afghanistan and the Philippines. Panellists included Professor Virginia Murray, Consultant in Global Disaster Risk Reduction at Public Health England and Vice Chair of UNISDR Science and Technology Advisory Group; Dr Ali Ardalan, Consulting Adviser of WHO Eastern Mediterranean Region (WHO/EMR) and Chair of Health Disaster Academy at Tehran University of Medical Sciences; Professor Emily Chan, Director of CCOUC; and Dr Yvonette Duque, Senior Public Health Specialist at the Asian Disaster Preparedness Center (ADPC). Mr Jonathan Abrahams, the Disaster Risk Management Focal Point at the WHO, also provided his expert insight as a discussant. Through the side event, the panel discussed the necessity of building the evidence-base for DRR policies and practices through research, evaluation, experience sharing, multi-disciplinary and multi-sectoral collaborations, and a complementary top-down and bottom-up approach. Professor Chan in particular highlighted the role of partnerships as powerful tools for implementation and capacity building for DRR, describing how CCOUC has formed an effective platform to bridge the gaps among researchers, frontline practitioners, policy-makers and students. The presentations were followed by a lively discussion with the audience moderated by Professor May Yeung, Assistant Professor at the JC School of Public Health and Primary Care, and reported by Ms Sharon Lo, CCOUC Project Officer. The key messages and recommendations from the side event fed into the Chair’s Summary and the final outcome document of the conference.

Professor Yeung was also a panellist in a side event organised by the International Federation of Red Cross and Red Crescent Societies (IFRC) on the second day of the conference entitled “Enhancing partnerships for healthier communities: One Billion Coalition for Resilience”. She shared about Hong Kong’s emergency and disaster response system as a case study for building and coordinating partnerships.

During the conference, CCOUC team was also able to meet with partners from UNISDR, WHO, the HKJC Disaster Preparedness and Response Institute, and the Hong Kong Polytechnic University. Professor Chan and CCOUC’s work in disaster-prone and ethnic minority-based communities in rural China shared in the conference was also featured in a Reuters news article entitled “Health experts train local communities to prepare for disasters”.

Overall, the conference represented a milestone event which, led by UNISDR and WHO, highlighted the importance of addressing health specifically within DRR frameworks. This should occur through integrating health within DRR discourses and practices, whilst simultaneously mainstreaming DRR within health sectors and policies. CCOUC looks forward to continuing engaging in these regional and international platforms and will continue to explore its role in implementing the Sendai Framework for Disaster Risk Reduction. 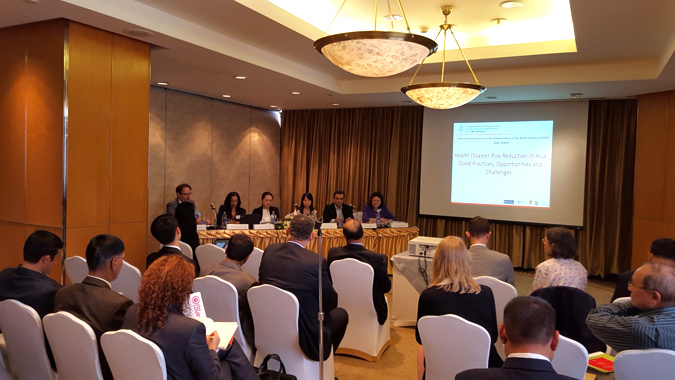 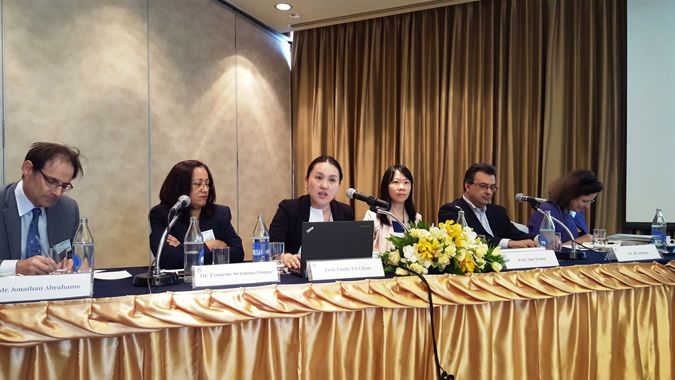 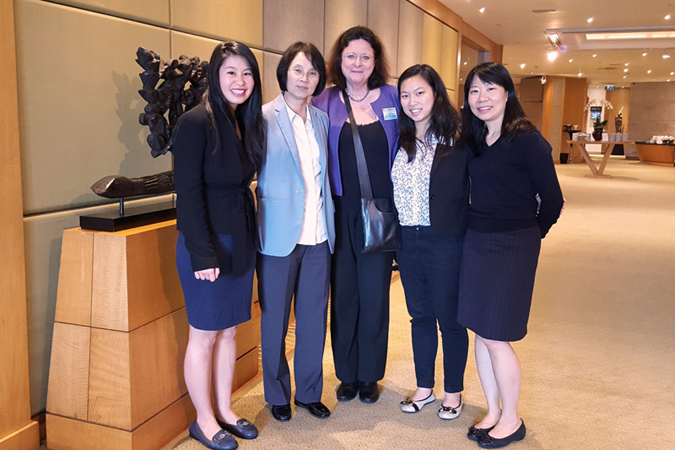