Dr Tammy Meyers was invited to talk about her personal encounters in her career trying to bridge the clinical and public health aspects of infectious diseases in the lunch-time seminar organised by the Centre for Global Health and CCOUC on 23 February 2018. Dr Meyers was qualified as a paediatrician in South Africa in 1995 and established a number of clinical services and guidelines for paediatric HIV/AIDS prevention and treatment. Since 2013, Dr Meyers has taught in the area of infectious diseases for public health at CUHK and was the head of International Exchange Programmes at the Centre for Global Health.

Dr Meyers started the lecture by introducing the political, economic and social background of South Africa. She explained that South Africa had the largest number of HIV-infected people, while there were many challenges and obstacles, such as fiscal issues, political stress and disbelief in efficacy, in providing patients with antiretroviral treatment. As a result, many patients died without being treated in the 1990s. However, since the initiation of global actions to fight against HIV/AIDS in the early 2000s, South African government was lobbied and pressured by international and local NGOs and UN agencies to alter their attitude toward providing antiretroviral treatment at affordable price. Since then, mortality rates from HIV infection and prevalence of mother-to-child transmission of HIV have decreased significantly in the country along with the world. Dr Meyers also employed her clinical and academic research findings for promoting evidence-based practice while she worked as an academic at CUHK. For example, her research findings indicated that HIV prevalence among adults in Asia-Pacific Region is not as high as South Africa, but she observed high prevalence of viral hepatitis in this region, which killed more people than HIV/AIDS, TB and Malaria combined. Hence, vaccine coverage for hepatitis has been promoted specifically in the WHO Western Pacific Region. At the end of the lecture, Dr Meyers summarised her experience and shared some achievements and challenges in finding her way to promote public health activities and practice as a physician. She concluded that it is important to have people with different professional background in order to improve population health.

Overall, the lecture was informative and educational and audience from diverse professional background had a great opportunity to share Dr Meyers’s experience and thoughts. After 5 years of her clinical and academic leadership at CUHK, Dr Meyers decided to take her career to the next chapter in Australia. 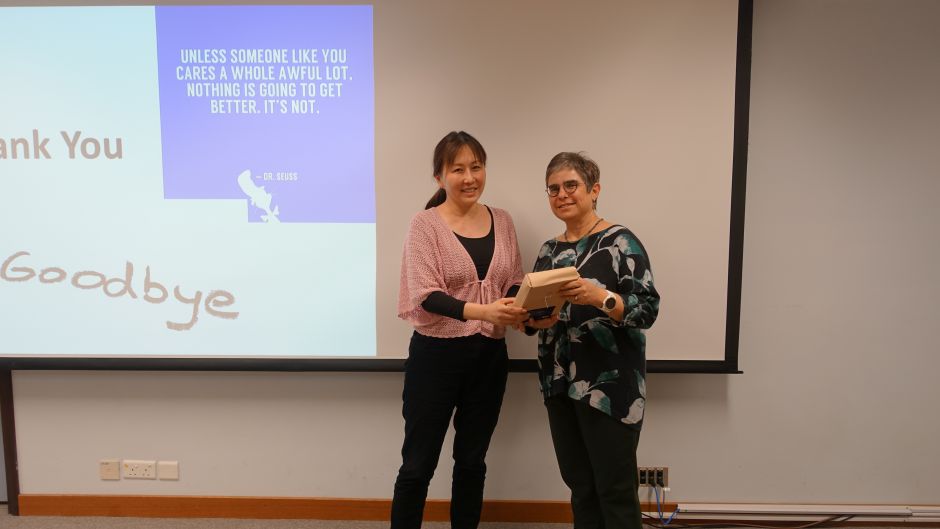